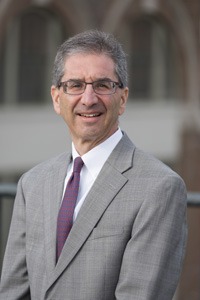 Steven Rosenberg joined the City of Staunton in May of 2013 as the City's Deputy City Manager and was appointed City Manager effective July 1, 2019. After several years in the private practice of law, Mr. Rosenberg entered the public sector. He has held positions with a series of local and state government entities, including Augusta County, where he served as county attorney, the City of Alexandria and the University of Virginia. He is a member of the International City/County Management Association, the Virginia Local Government Management Association and Local Government Attorneys of Virginia.

Leslie Beauregard joined the City of Staunton in October of 2019 as Assistant City Manager, bringing 22 years of local government experience to the position. Most recently, she served as an assistant city manager for the City of Charlottesville for four years.

Beauregard has an extensive background in government budget management and analysis, serving in senior budget management roles for the City of Charlottesville for 12 years before becoming an assistant city manager. She also led the city’s strategic planning process and steered the development and design of methods, training and systems that track and evaluate the performance and outcome measures of the city’s programs.  In previous roles in government, Beauregard served in various budget analyst roles of increasing responsibility for the City of Hampton.

The City of Staunton does not discriminate and prohibits unlawful discrimination and harassment against any person on the basis of race, creed, color, ethnicity, national origin, ancestry, age, sex or gender, sexual orientation, disability, military or veteran status or on any unlawful basis. Read the City's full Nondiscrimination Statement.

City offices are closed to the public. Contact us by phone or email.